A few weeks ago I completed yet another circle around the sun and to celebrate this, my friends gave me crafting presents (and some very lovely kitchen and other items too). Being faced with the enticing prospect of a week off, I found myself in a crafting kind of mood.

The winter is finally setting in here and that means... knitting. In one of my previous entries I posted a  link to the big project I am working on (the 4th Doctor scarf). Currently I am just over halfway (it has become taller than me already), but new knitting/crochet books and gadgets might have distracted me from that for a bit.

Over Christmas some very patient relatives have attempted to teach me some crochet (with limited success), so when I found a lovely pattern for potholders that involved relatively simple knitting and only chain stitches from the crochet realm, I pounced on it. After labouring over that for a few hours, I was rather pleased with the results. I finished the second one late last night (few things are as tempting to delay sleep for than a very-nearly-finished project).

The pattern called for thick knitting cotton (for a 5mm needle). I ended up going with 3-3.5 mm cotton in green and blue and using both colours at once on a 4.5 mm needle (though I set up using a 4.0 mm needle as 4.5 proved slightly too wide for the first row). The rest is alternating between knit and purl stitches to create the cross pattern and finishing off with a loop of loose crochet. 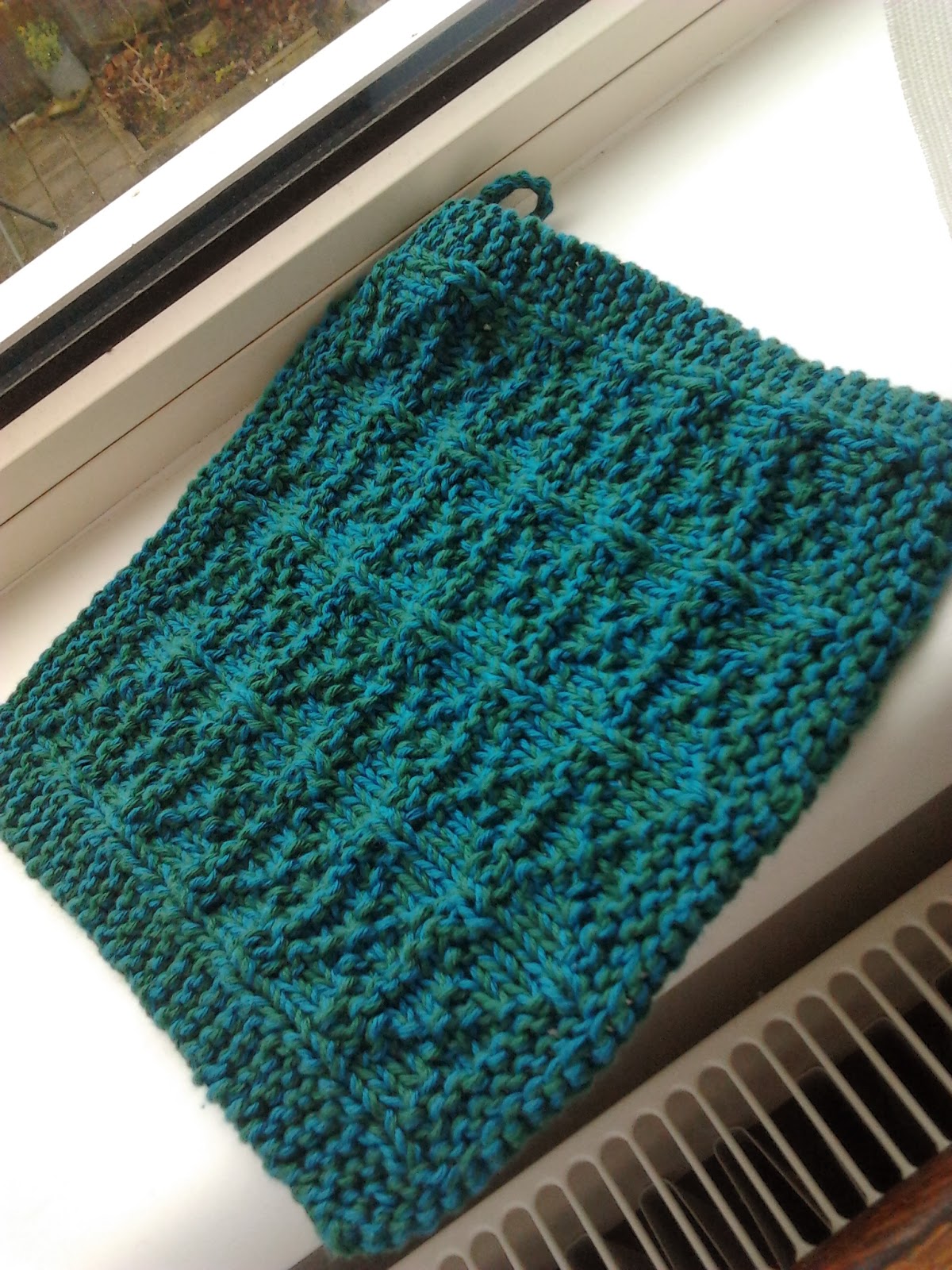 The people I share a house with are very fond of candles. This means a large surplus amount of unburned wax which is left when the wick has burned all the way through. So off I went. Using a bowl and some oven tongs to hold it above a pan of boiling water that was slightly too big for the steel bowl (yes, it looked as ridiculous as it sounds), I melted some candle stubs au bain marie and poured it into a glass container that looked thick enough to avoid disaster when burning the candle. Stuck in a wick, secured with a clothespin over the container and let it cool off. Now there must be better ways to do this, as my candle collapsed a little in the middle like a poor imitation of a failed souffle, but it smells wonderful. 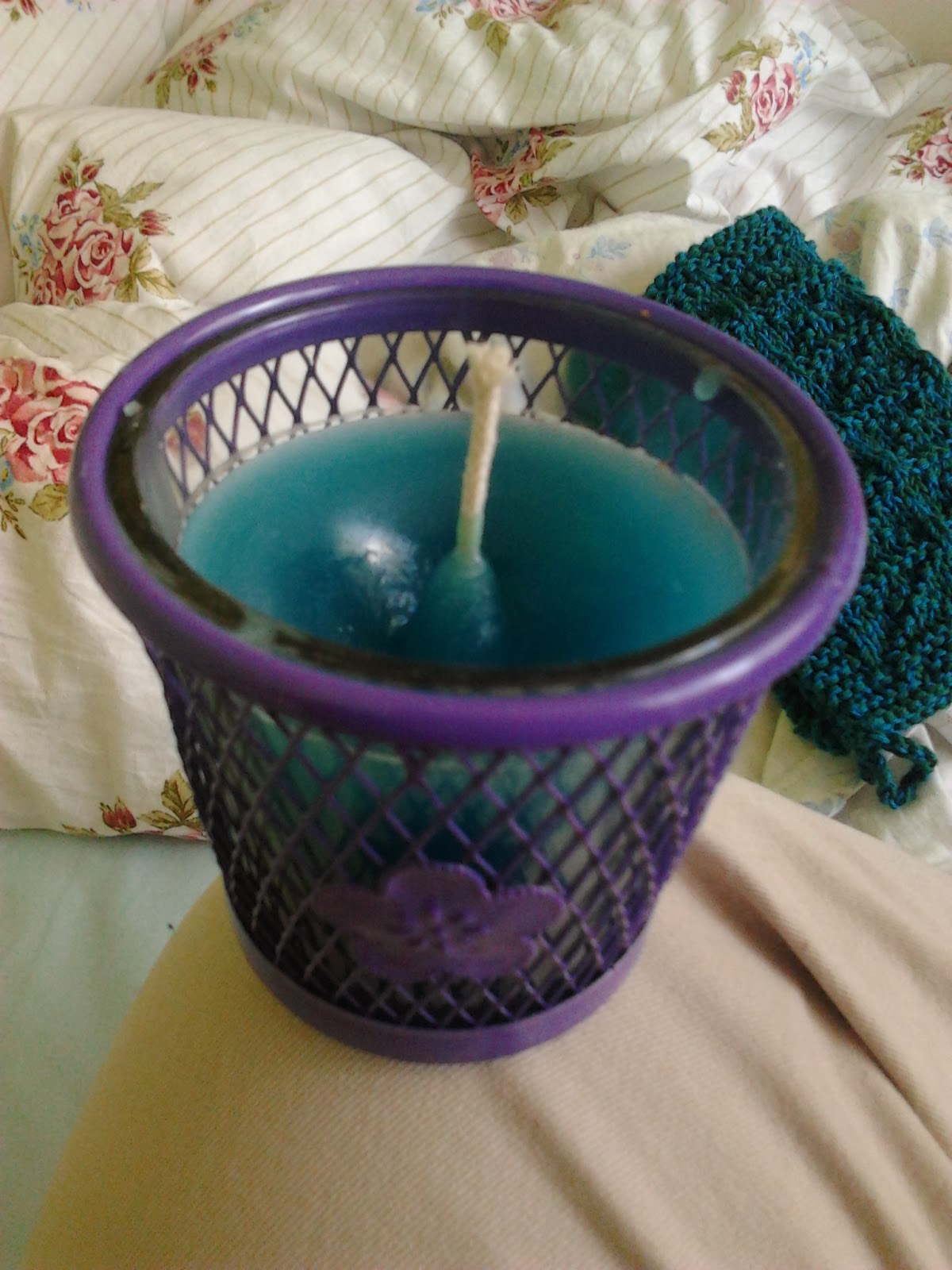 A number of years ago I encountered a lovely scrub, but the price tag was a little... daunting. Then there was a mother who wanted nothing for her birthday but a home made sourdough bread (forgot to make pictures, but the bread was delicious with the added benefit of now having a starter stored in the fridge for further use, http://www.virtuousbread.com/). This having coincided with me running across some lovely scrub recipes and voila, a present she couldn't refuse (recipe found here: http://www.leesvoer.net/ff-wakkerscrubben#more-2368 . Coffee and sugar in equal amounts, add as much oil as needed to mix well and add a bit of honey).

http://www.pinterest.com/leesvoer/zelfgemaakte-kado-s-waarmee-je-niet-voor-lul-staat/ <-- start here and get clicking, it's quite addictive. 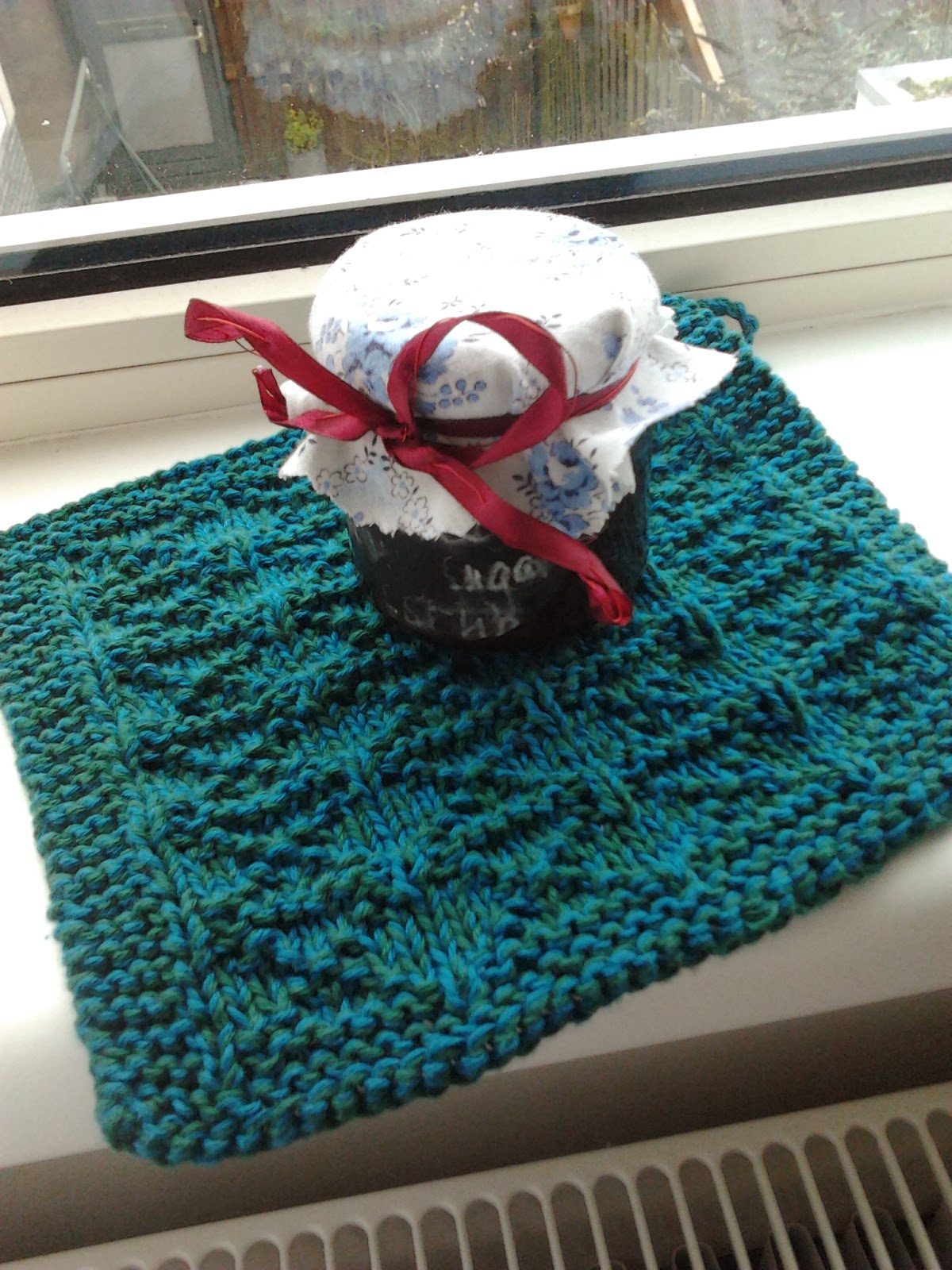 Over time, I might have to make *all* the things.... time permitting of course.
Posted by Sigrid at 11:31